Five hundred years in the future, humanity has made a home on Atmos

Covered in noxious gas and roiling storms, populated with poisonous flora and murderous fauna, Atmos is a world of the most violent extremes. The human beings who scrape a living from this benighted rock represent the best and the worst that the Galaxy has to offer.

Freeminers and revolutionaries, gang members and void-pirates, Exo racers and corporate overlords, all living in a constant state of contention, honing their skills against one another, vying for power and wealth.

Little do any of them understand the true danger of their continued enterprise on this planet, for it is not merely their fellow humans with whom they are competing. Atmos itself seems to hate the parasitic species that has traveled from the stars to infest its surface, and will do anything and everything to rid itself of their blight.

The Digital Collector’s Edition of Atmos: Exordium is a free mint exclusive and is a fully-tradeable asset that is readable from within the Atmos Portal.

Each Collector’s Edition of Exordium Chapter 01 will be released as a mystery box. On October 10th, 2022, the cover you have received will be revealed. You will receive one of the three following covers: The Standard Cover by Tommy Lee Edwards, Variant Cover 1 by Peach Momoko, or Variant Cover 2 by Dave Johnson.

Wallets holding MKIV Datacards as of October 6th will be automatically airdropped one copy of Exordium Chapter 01 at the time of minting. Datacard holders will also have a greater chance of getting one of the variant covers in the collection.

The Standard Edition of Atmos: Exordium will be available for purchase on the following digital platforms starting October 17th, 2022. THE RACE
FOR ATMOS
HAS BEGUN.

Exordium is a nine chapter comic book series detailing the events of rookie pilot Addy Aker's inaugural ExoGP Season. Trained from birth by an off-world cult, Addy has escaped her fate and fled to Atmos, seeking to disappear into the planet's shadowy criminal underworld.

Stumbling instead into the ranks of Atmos's legendary ExoGP racing league, she will find herself pitted against the most tenacious and talented pilots in the galaxy. Racing head-to-head on deadly tracks that defy imagination, it will take more than Addy's lethal training and indoctrinated aggression to get her across the finish line first...if she survives at all. Indoctrinated from birth by an off-world cult, Addy has escaped her blood soaked destiny and fled to Planet Atmos. Seeking to survive on this strange, new world, she has sold her deadly talents to the Talon Gar, Atmos’s preeminent criminal organization, and is about to embark on a planetside heist that will change her life forever. The son of legendary Atmosian fabricator, Heff Vulkansson, Oz is preparing to make his long awaited debut on the ExoGP racing stage. Driven from the cradle into an Exo suit by the indomitable will of his perfectionist father, Oz’s innate talent and hunger for victory are such that on any other world he would reign as undisputed racing champion. But Atmos is not just any other world. An unstoppable, once in a generation force on the racetrack, Rogg has been masterfully marketed as the new face of ExoGP in an attempt to distance the league from Atmos' legacy of unsanctioned, brutal racing. Over the past two years he has won back-to-back championships and is sure to take a third this season unless someone can rise to his level, or drag him down to theirs. 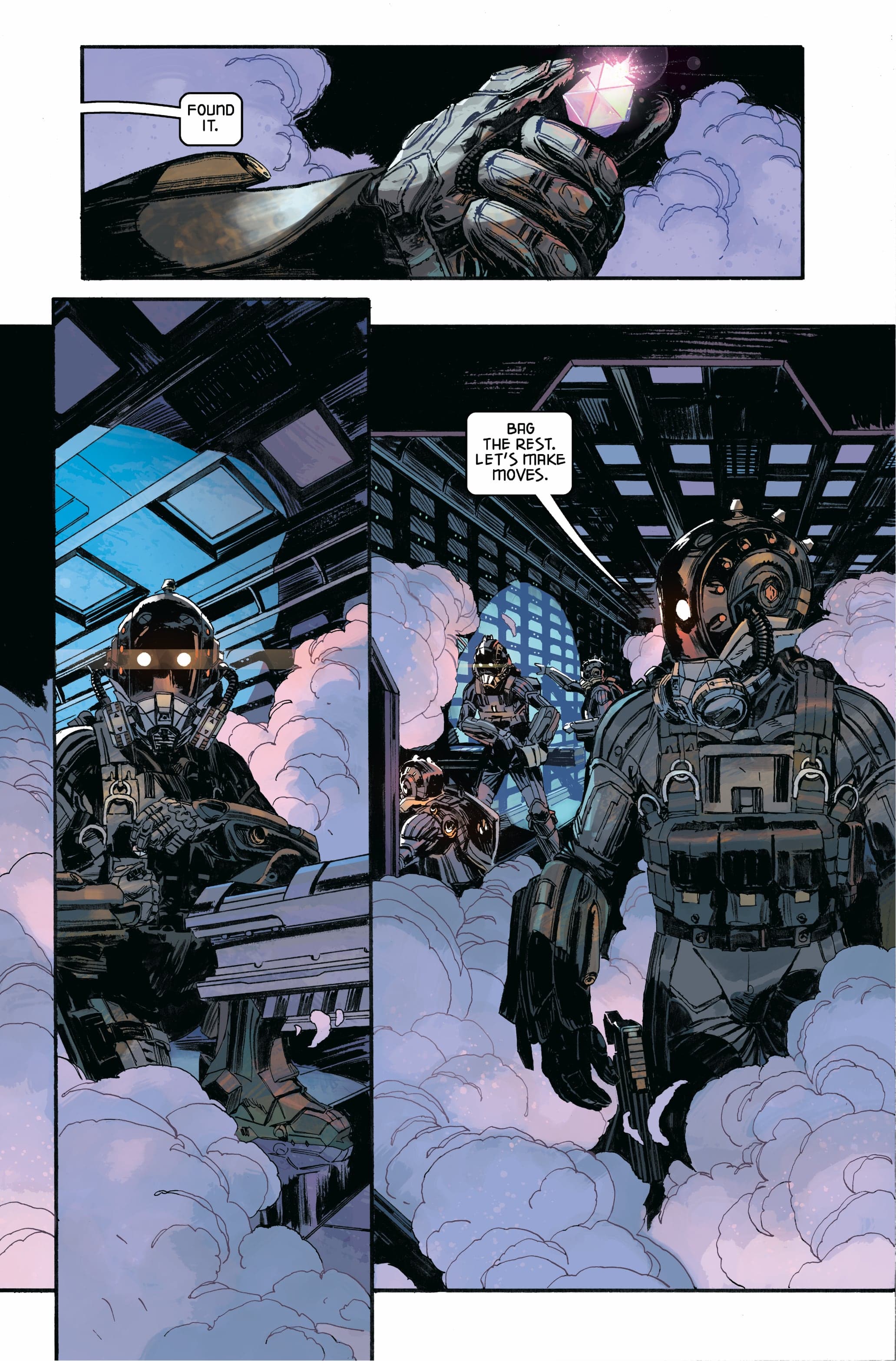 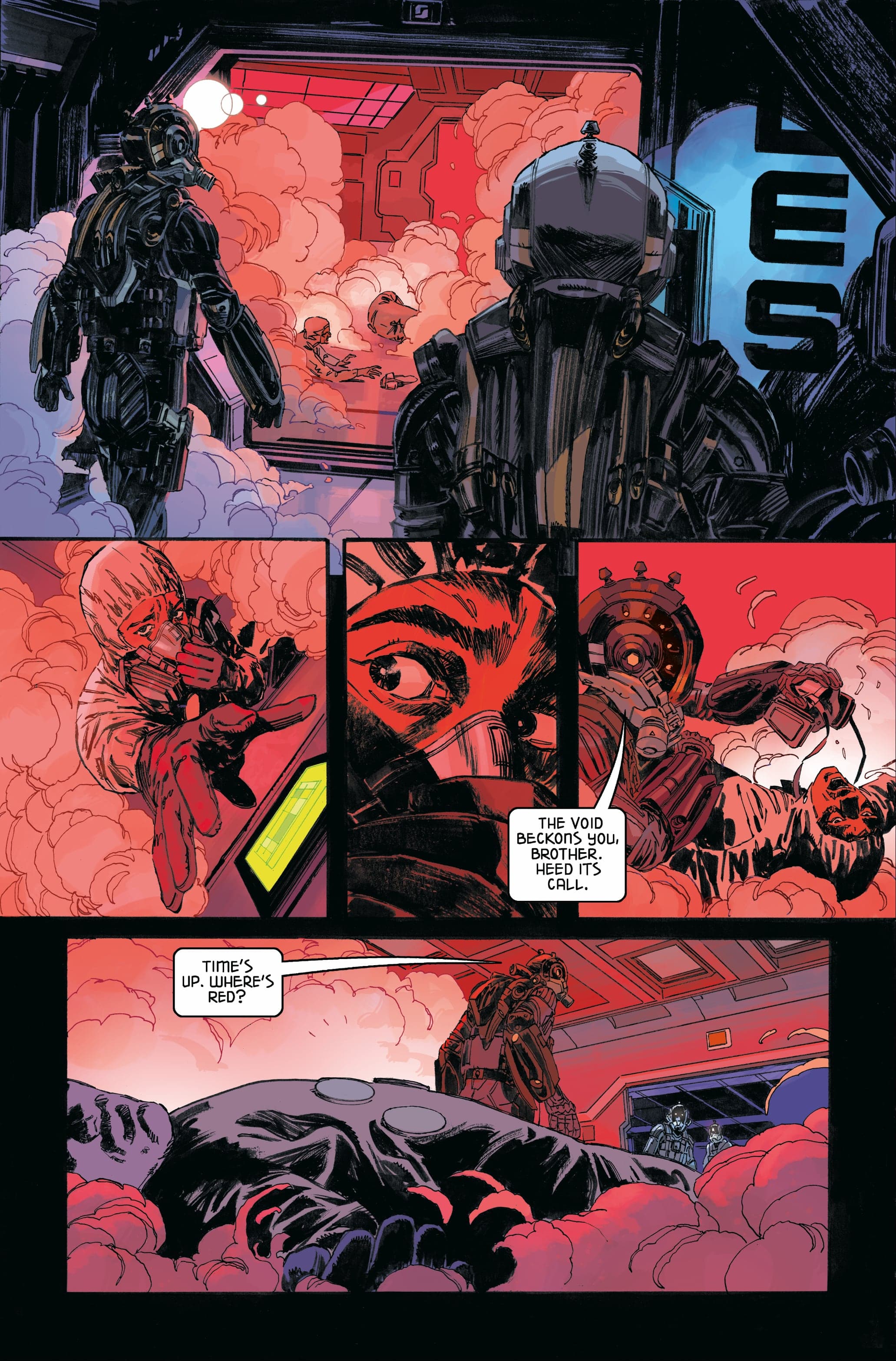 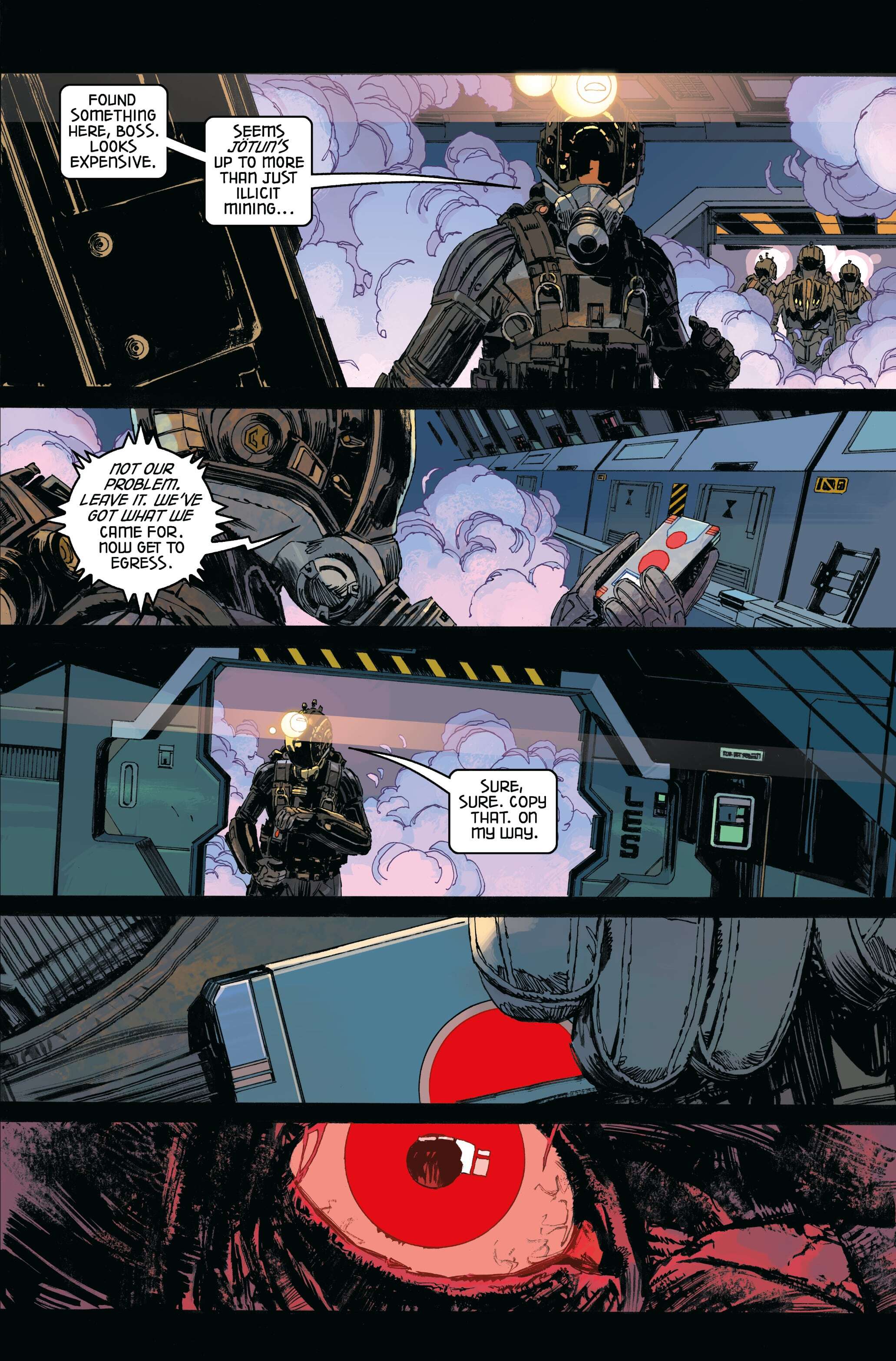 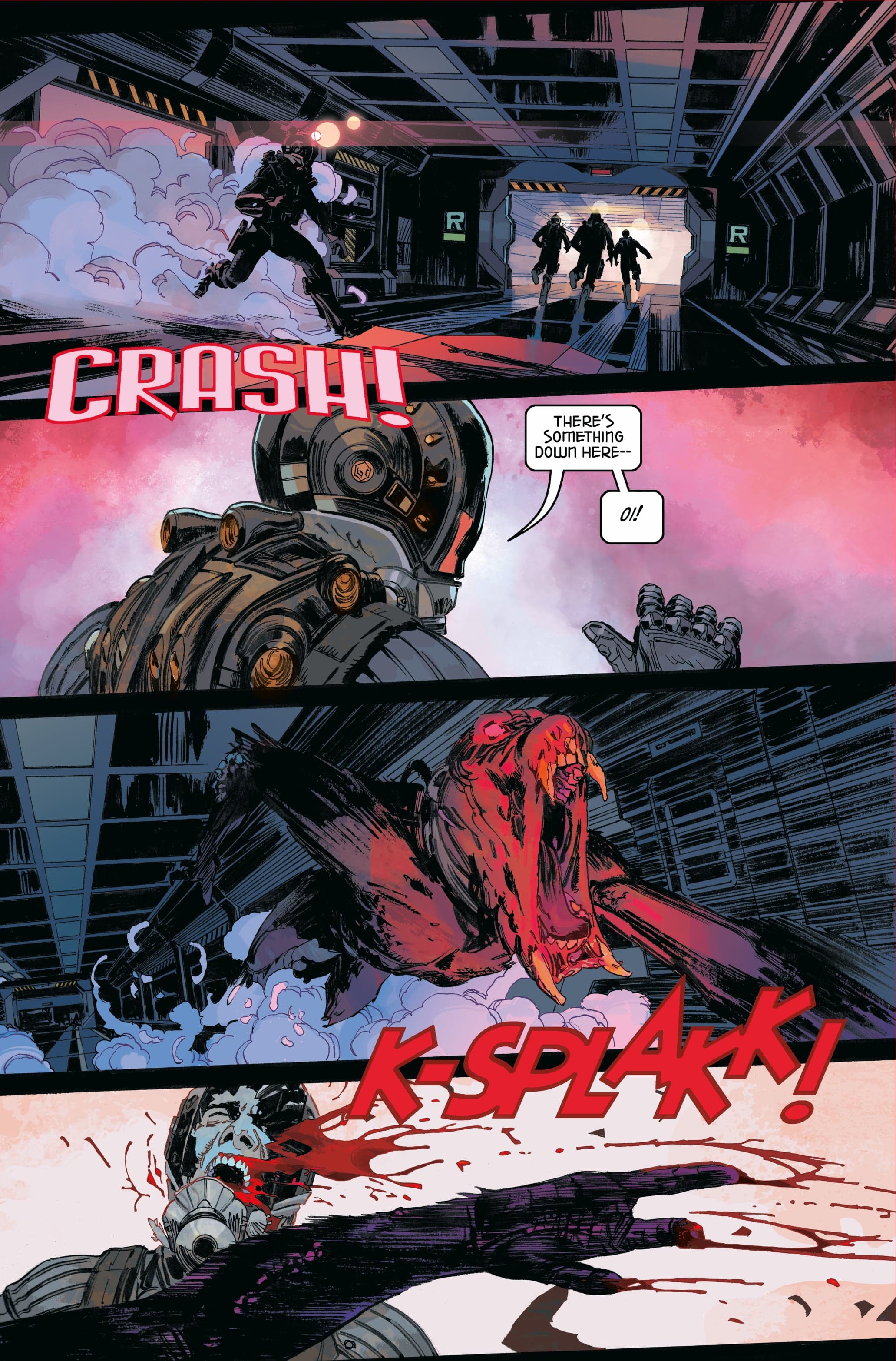 TOMMY LEE EDWARDS
Creative Director
Proving to be one of the most respected and versatile creators in the world, Tommy Lee Edwards has illustrated comics like Mother Panic, Turf, Grendel Kentucky, Jupiter’s Legacy, and Marvel 1985. Beyond countless illustrations for books, merchandise, magazines, and posters, TLE perhaps feels most at home putting his imagination and storytelling flare to the test as a conceptual designer, storyboard artist, and director.
See more of Tommy's work
D.R. BUSHNELL
CO-WRITER
Dylan is a veteran game designer and entrepreneur who consistently pushes the boundaries of media. He has developed titles within several disciplines, including St. Noire — a voice-assisted tabletop game, King of the Road — a multiplayer standup arcade racer, and Beatdown a rhythm-based fighter. He co-founded Polycade, a next generation arcade, and X2 Games, an experimental games studio. Gaming is in his DNA.
Rob McEveety
CO-WRITER
Rob is a storyteller who has worked for the last decade in film and television, first as a prop master and set decorator, and later as a creative executive, screenwriter, and producer. His enduring love of science fiction and passion for detailed world building has since brought him to Atmos, where he spends his time grinning like a madman while writing comic book scripts, lore guides, character backstories, racing team profiles, and anything else they’ll let him write.
Andrea Cucchi
Illustrator
Andrea is a comic book artist born and raised in Italy. His career in the industry started in 2018 when Casterman published Churchill et Moi, a one-shot comic book written by Frank Giroud and drawn by him. In 2020 he was hired by DC Comics to complete the finishes in The Other History of the DC Universe series.
See more of Andrea’s work
Giovanna Niro
Colorist
Giovanna Niro has been a comic book colorist since 2006. Over the years, she has worked for Italian, American and French publishing companies. Among the comics she has colored: Orphans, Dylan Dog, The Crow, Grendel Kentucky; Batman: The World. Some of her latest works are Chrononauts: Futurshock, King of Spies and Jupiter’s Legacy for Millarword/Netflix.
See more of Giovanna's work
John Workman
Letterer
John Workman is an American editor, writer, artist, designer, colorist and letterer in the comic book industry. He is known for his frequent partnerships with writer/artist Walter Simonson and also for lettering the entire run of Grant Morrison/Rachel Pollack's Doom Patrol (DC Comics). John has also worked on Marvel's Fantastic Four, Cosmic Odyssey, Fantastic Force, The Incredible Hulk, Spider-Girl, The Legion of Super-Heroes, Michael Moorcock's Multivers, and Aquaman.
Joe Cammorata
Producer
Joe is a Product and Program leader with extensive production and product management experience ranging from AAA publishing to Esports with involvement in start-up indie development. He's been an integral member of the team responsible for shipping five global Call of Duty titles and co-created and launched the World Series of Warzone Esports Product which upon launch he received Activision Blizzard Esport's Innovation Award.